Movement in telecom for 17 days, who will take the responsibility? 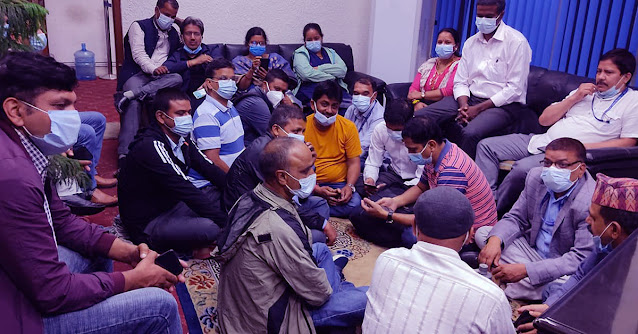 Five years ago, in 2073 BS, there was a program in the Bhadrakali premises of Nepal Telecom. Telecom trade union leaders were present on the stage.

Soon after, the then Minister of Communications, Surendra Kumar Karki (Ram Karki) came. He was the communications minister in the government of CPN-Maoist Chairman Pushpa Kamal Dahal Prachanda.

At that time, Ram Bahadur Thapa Badal’s group, which had left the CPN-Maoist, had returned to Prachanda’s party. The people’s organizations, which were parallel to the two parties, were uniting like the mother party.

Telecom, which also called journalists as a special event, also announced the unification of trade unions believing in the two Maoists.

“We no longer need to be in two unions,” the trade union leaders said. The staff in the courtyard applauded loudly.

The Minister also wished the trade unions well and returned to the Ministry. That day, dozens of telecom employees spent time in the integration program. He showed up and returned home.

Nepal Telecom, which has to compete fiercely with the private sector, has been facing similar problems for years. The trade union movement in the name of workers’ rights, the intervention of the government and taluk ministers, the lack of efficient management, and delays in work have already plagued the telco.

Telecom has spent many years fearing that the tradition of when a minister would carry a union employee and when a union employee would harass a minister and managing director would collapse like other government institutions. Recent events have changed this part.

In the midst of such problems, good work has been done in telecom. It is competing with the private sector. Telecom has made a lot of improvements in recent times due to the strength of many capable employees of a big organization like Telecom.

With the expansion of Forge, expansion of FTTH Internet, focus on quality and strategic improvement, the telco has been able to survive in a competitive market.

Meanwhile, agitations, sit-ins and blockade activities in the name of trade union rights have started increasing in the telco. The law itself gives employees the right to engage in trade unions. It is the duty of the management to find a solution to the problem while respecting their rights.

However, it is ironic that in an urgent sector like telecom and in a situation where we have to compete by counting every day, we have to agitate for a long time, ban the managing director from entering the office and not solve the problem as soon as possible.

It has been 17 days since the trade union workers started agitation in Nepal Telecom. They staged a sit-in at the gate of the office from 10 am to 5 pm and did not allow the managing director to enter the office.

The managing director has been doing urgent work by manipulating office hours in the morning and evening. The demand of the trade union is that the Employees Regulations 2061, which was amended by the Board of Directors on July 20, should be amended again.

Trade unions have demanded that the regulations be reinstated. The regulations that came with amendments from the public service were passed by the board of directors with the verbal consent of the trade union.

Nepal Telecom Employees Regulation Dispute, Why the amendment had to be made the very next day?

“After all, why couldn’t the problem be solved for such a long time?” Is the question we have asked the managing director of Telecom, Delhi officials and trade union leaders.

Officials say that only the board of directors and the taluk minister can resolve the issue raised by the trade union. “There is nothing that management can do now to amend the regulations,” the official said.

According to him, the current problem cannot be solved without the chairperson of the board of directors. The Chairman of the Board of Directors will be the Secretary of the Ministry of Communications and Information Technology.

At present, the ministry is without a secretary. The new secretary has not come after the then communications secretary Hari Basyal retired on the day the movement started. On the other hand, no new minister has been appointed in the Ministry of Information and Communication after the change of government.

The new regulations were implemented from July 20 with the verbal consent of the employees’ union. As per the old regulations, 564 telecom employees have been upgraded till mid-July.

As many things in the new regulations are not in line with the nature of the company’s work, the board of directors meeting on July 19 decided to amend the main 16 points and sent the public service through the Ministry of Communications, the official said.

According to him, the board of directors has instructed the management to study the complexities in the implementation of the regulations and submit it to the committee.

“The management is also working out to rectify the inconsistencies in the nature of the company’s work,” the official said.

Other public enterprises like Telecom have similar problems. In those places, if the trade union is not satisfied, it is found that they have reached the court.

Talks were also held last Saturday and Sunday to resolve the issue. Ambika Poudel from the Board and Deputy Secretary from the Ministry and Head of Law Branch and representatives of trade unions were present at the talks.

“We told them not to write the language of trying, to take initiative, to agree on as many points as possible,” Paneru said. “They could not take responsibility for the agreement.” We are going to come after further discussions. ‘

“It was decided to send the amendment proposal on the day the new regulations were passed,” Joshi said.

He said that it was not necessary to wait for the minister and secretary to solve the current problem. “We have not raised political issues as required by the minister,” Joshi said. “The issue of staff regulations can be resolved by the board.”

The movement seems to be protracted as secretaries and ministers are not appointed and talks do not move towards consensus. Despite the long sit-in, Paneru claims that the work of the organization has not been hampered.

“We have not agitated to disrupt the work. We have staged a peaceful sit-in, ‘Paneru said.’ As far as we know, the MD has also come to work in the morning and evening.

The District Administration Office has been circulating the agitating employees due to the agitation during the Kovid infection.

Four days have passed since the first talks. Now neither the secretary nor the minister has decided to come. It is not certain that talks will take place here. Joshi says that if there is no initiative soon, more agitation will be intensified by accumulating power.

If such a movement is going on in a sector like telecom, how can it survive by competing in the market?

you may also like to read about: Lal Bahadur Rajwar, Danda Singh, Santa Bahadur, and listen to popular Hindi music of the best singers, and watch movies based on love stories do you also want to play games on iOS,  after you get tired and sleepy you can listen and watch to the healing mediation music for deep sleep and relaxation videos in Rajawar mediation music and videos of chicks, hen, dog, and chicken friendship. after visiting natural places on the screen you can take pictures and reduce their size by using the Image Compressor tool the best tool available online to compress images, age calculator, English to Nepali, generate fancy text or fancy text generator to make your text look unique can attract your friends. you can capture the image file and convert them from PNG to JPEG converter online and also image to webp for the smaller size. to share these pictures online you have to use WhatsApp messaging service by downloading WhatsApp software. you can use typing master online to speed up your typing skills. you can convert unit from the unit converter. you can also download youtube thumbnails from a youtube thumbnail downloader. you can look at the Nepali calendar for celebration or festival dates. you can also recover your old photos and videos through CD DVD Recovery Toolbox Software for free and you can share them by posting them to your blogs and websites hosted on the best web hosting platforms or service providers in the world. 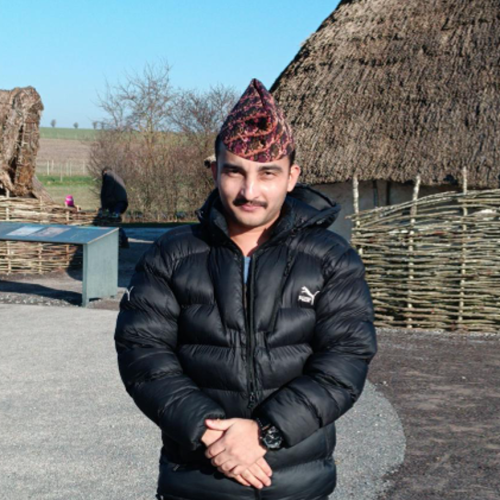